A recent judgment of the High Court examined limitations on the retention of the principal private residence in a Personal Insolvency Arrangement, for very valuable properties.

In a recent case in which OSM Partners successfully acted, the High Court gave an insightful decision on the statutory limits to the retention of the family home in a PIA, writes Andrew Croughan.

In Re Nuzum [2020] IEHC 164, the Court refused to sanction a PIA where the value of the debtors' family home greatly exceeded the amount of the liability owed to the secured creditor. In coming to this decision, the Court examined whether the Court should employ a strict and narrow cash flow insolvency test, or whether the Court should also assess the balance sheet position of debtors (i.e whether their assets exceeded their liabilities). In this case the assets of the debtors greatly  exceeded their liabilities, and it was the secured creditor’s belief that their indebtedness could be completely resolved by the sale of the family home and a purchase of an alternative property with the significant equity that would be left over following the sale of the family home.

In the course of the hearing the Court was invited to give its opinion of the statutory test for eligibility for a PIA. Section 91 of the Act specifies that the debtor must be insolvent to apply for a PIA. Section 2 defines insolvent, as meaning that “the debtor is unable to pay his or her debts as they fall due”.  On a straight read of this provision, that would appear to simply call for a cash flow assessment to determine insolvency in every case.   It should be noted that key provisions of the Companies Act have a similar definition, such as the statutory criteria for the appointment of an examiner. It is clear however, from other provisions of the Companies Act and the caselaw that a Court is permitted to look at the issue of insolvency with a wider lens, such as the ratio of assets to liabilities.

In the instant case, the Court, distinguished the wide lens approach to insolvency for companies and instead held that a personal insolvency court is not required to look at the asset position or contingent and prospective liabilities of a debtor when examining insolvency.

From an analysis of judicial decisions in company law cases, the Court, nonetheless found that, even where applying the narrower cash flow test, it was entitled to look at the “readily realisable assets” of the Debtors. This has opened the door to a wider lens approach to insolvency in non-company cases. The Court believed, that in most cases, the family home would not fall to be considered as such but that “there may well be  cases where, having regard to the extent of the positive equity…it would be absurd to consider the owner insolvent for the purposes of the 2012 Act” . In this case, the secured creditor’s position, was consistently, that this was just, such a case, given an equity cushion of nearly €300,000.

Surprisingly therefore, the Court held that, the family home with significant equity, high value and proximity to Dublin city was not “readily realisable”.

While not taking the asset into consideration in respect of determining insolvency,  the Court did take the positive equity and high asset value into account when finding that, the costs of allowing the Debtors to remain in the property were disproportionately large and criticised the PIP for not properly assessing other options to retention of the property, prior to the preparation of the proposal, such as using the equity to buy a less valuable home nearby. The Court refused to approve the PIA.

For further information on these judgments or any aspect of personal insolvency, contact Partner Andrew Croughan. 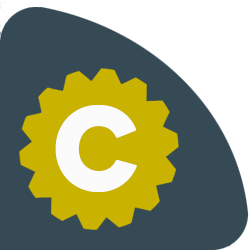