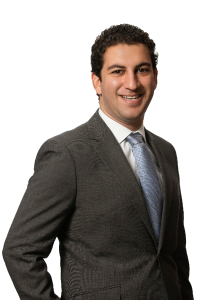 Robert is a solicitor in the Personal Insolvency Department of OSM Partners.

Originally from New Zealand, Robert was admitted to the Bar as a Barrister and Solicitor of the High Court of New Zealand in 2013. He has over five years’ experience in the areas of commercial and civil litigation and most recently as an Intermediate Crown Prosecutor in criminal prosecutions. Robert has appeared before all major New Zealand courts, including the District Court, the High Court, the Court of Appeal and the Supreme Court.

Robert moved to Dublin in late 2018, where he was admitted to the Roll of Solicitors of Ireland in early 2019.

Robert advises a range of clients on all aspects of personal insolvency.