This year the High Court has delivered a number of important decisions in respect of objections to Personal Insolvency appeals writes Andrew Croughan, Partner and Head of Personal Insolvency with OSM Partners. 3 of the more recent decisions require careful consideration by creditors to carefully calibrate their responses to the Insolvency process. Creditor’s will need to show a greater flexibility than was heretofore,

In the Ahmed Ali case, the High Court made a ruling that one of the key gateway requirements allowing Debtors to appeal a failure to win creditor support at the Meeting of Creditors, should be interpreted very broadly. While any debtor who meets the requirements of section 91 of the Act is free to apply for a Protective Certificate, with a view to formulating a PIA, only a smaller cohort of eligible debtors are entitled to go on and  ask the Court to sanction a PIA, and overrule the creditors.

This smaller cohort is defined legislatively in section 115A (18) of the Act. It must be noted that in order to appeal the outcome of a creditor’s meeting, one of the requirements under section 115A (1) is that the PIA included a relevant debt. Relevant debt is defined meaning a debt “a) the payment for which is secured by security in or over the debtor’s principal private residence, and (b) in respect of which—

The term principal private residence is given legislative definition also and means “means a dwelling in which the debtor ordinarily resides and includes—(a) any building or structure, or (b) any vehicle or vessel (whether mobile or not),together with any garden or portion of ground attached to and occupied with the dwelling or otherwise required for the amenity or convenience of the dwelling;” (emphasis added)

In the Ali case the Debtor had not ordinarily resided in the secured property since 2011. The Debtor’s wife moved out of the property in 2014. The property was empty on the 1st of January 2015, but Mr Ali moved back into the property in June 2015. The Court found, the fact the property was unoccupied for a period of time to be irrelevant and the fact that the Debtor had returned to the property at the time of the proceedings to be the determinative consideration. The importance of ordinary residency has therefore been significantly reduced as a gateway requirement for Section 115A appeals. Creditors can expect to have to meet appeals from debtors previously thought to be ineligible. 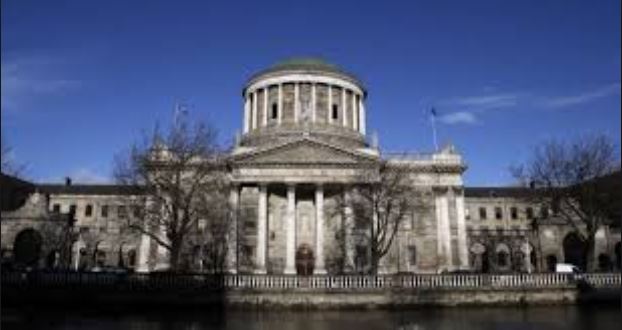 In the more recent Phelan and Hurley cases, in which the Court heard  the 2 cases together, in which the issue of the importance and relevance of the ISI’s Reasonable Living Expenses (RLE’s) was common to both cases .

The RLEs were created by the ISI on foot of section 23 of the Act which mandated the creation of guidelines as to what constitutes a reasonable standard of living and reasonable living expenses. In both of the Arrangements, there was a term included, that provided that the debtors would live for a time below the RLE’s.  Section 99 of the Act prohibits the inclusion of a term in an Arrangement which would “require the debtor to make payments of such an amount that the debtor would not have sufficient income to maintain a reasonable standard of living for the debtor and his or her dependants”. Any Court assessing, among other things, compliance with this requirement in section 99 of the Act is obliged to have “regard” for any guidelines published. The Court discounted a prior decision in Re Hayes [2017] IEHC which stated that section 99 prohibited a formulation of a PIA which provides for expenditure below the RLE’s within the period of the PIA, as being obiter (meaning the Court was free to depart from it). The Court instead held that the RLE’s are guidelines only and not mandatory stipulations.

Hence the Court was not bound to adhere to the guidelines, but to merely have regard to them and in deciding what was a reasonable standard of living. The Court stated that section 99(4)  “does not go so far as to require that, in every case, the reasonable standard of living for a particular debtor and his or her family will always equate to that set in the ISI guidelines”. The Court emphasised that it will make this assessment based on the individual circumstances of the Debtor.  The effect of this judgment will have knock on effects for creditors who would have previously had reservations about the sustainability and affordability of Arrangements.

Creditors can expect to see more arrangements that include terms previously thought to be contrary to the Act in this regard. Furthermore, the issue has now been clouded, as a prior decision (Re Parkin) of the Court had indicated, albeit obiter, that the RLE’s were inappropriate, as a long term barometer of affordability and sustainability.  In Re Parkin, the creditor’s counter offer sought to use a significant buffer above the RLE’s as a justification for its counter offer that some debt deferral was more appropriate than an up front write down. The Court in that case held there might appear to be a “very generous cushion even after her reasonable living expenses are taken into account…however…they (the RLE’s) are not intended to be a measure of the expenses likely to be incurred over the course of a longer period and they are certainly not designed to apply for a lifetime… that figure for contingencies seems to me to be manifestly insufficient on a long term basis to deal with the costs every home owner incurs on a recurring basis”. (emphasis added) It must be stated that this was stated in the context of the RLE’s being used for a longer term period, than an Arrangement or bankruptcy.

However, the divergence of approach by the Court, where living above the RLEs for one debtor is “manifestly insufficient” but living at the RLEs (for a time) is permissible, does cause creditor’s some uncertainty about raising affordability concerns and the weight that a Court will give them, in contested cases. Creditors will now need to raise affordability concerns at a very early stage in the process to enable PIP’s justify or explain Arrangements which appear utterly unaffordable/unsustainable. If creditors can show, by way of detailed workings, this will greatly assist their prospects. 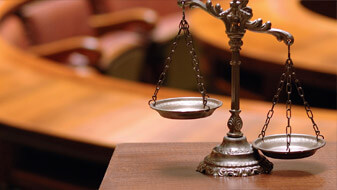 In the very recent case of Re McNamara, in which a final decision is still awaited, the Court considered a large number of issues in its nearly 90 page written judgment, including the special status of Revenue and whether a valid class of creditors had voted in favour of Arrangement, the sustainability of arrangements post retirement age, poor repayment history, costs of funds and a write off of €1.7 million being unfairly prejudicial.

Firstly, under  Personal Insolvency, the Revenue Commissioners and others, have excludable debts, which means they can opt in or out of the insolvency process. Counsel for the objecting creditor argued that by virtue of casting a vote, the Revenue Commissioners had lost it’s preferential status and therefore should be considered simply an unsecured creditor. The Court agreed that the Revenue does lose its preferential status but it “should nonetheless be treated as a separate class” as they are “excludable” under the Acts and in the instant case the Revenue Commissioners were being treated differently than other creditors as they were being paid in full. Consequentially, even when the Revenue opt in and thereby decide not to avail of their entitlement to have their debts be deemed excludable, they only lose their right to be considered a preferential creditor, but not to be treated as a separate class of creditor.

This is difficult to reconcile, as one of the characteristics which makes them peculiar from a simple unsecured creditor, is retained to distinguish them, even where the Revenue have themselves waived that distinction by opting in. The Court in coming to this finding, stated that the Revenue Commissioners would find it impossible to consult with other unsecured creditors with a view to their common interest. In this Arrangement, the Revenue debt constituted just 0.3% of the debts owed, but the Court found this significant enough to be classified as a class of creditor. A factor which coloured the Court’s thinking was the fact that one of the Debtor’s is a practising barrister who requires a tax clearance certificate to undertake certain legal work. If the Revenue was not paid in full, the Debtor would not receive the certificate, which may jeopardise future earnings.

Furthermore in respect of the complaint by the Objecting creditor that the interest rate is loss making, the Court was critical of the fact that no “cost of funds” evidence had been adduced by the objecting Creditor. The judge cited with approval a passage from Re Hayes which distinguished investment funds from original lenders, regarding their capital requirements. It must now be considered very difficult for an investment fund to successfully criticise a low interest rate without divulging its own cost of funds.

Finally, in the McNamara case, there were significant discrepancies between a prior SFS submitted by the Debtors outside of insolvency and the Prescribed Financial Statement within insolvency. The main difference appears to have been a large disparity between an anticipated inheritance and the omission of any reference to rental income. The Court said that the Objecting Creditor was correct to raise this.

The Court was critical of this failure to adequately address these discrepancies and indeed indicated a failure to properly account for these, would jeopardise the appeals. The Court stated “with some considerable misgivings” it would allow the Debtor admit further clarifying evidence, The Court indicated it was otherwise happy to approve the Arrangement, subject to adequate explanations on the discrepancies between the SFS and the PFS.

The effect of these 3 decisions appears to be a significant narrowing of the grounds of objections creditors can make in these type of appeals and a preference by the Court to examine each arrangement individually rather than setting broad principles for the parties to these cases to follow. In reformulating an approach, in this area, creditors will need to show increased flexibility, evidence that the individual circumstances of each debtor have been considered in full, and where creditors have particular difficulties with an arrangement that these difficulties are raised early and often in the correspondence with the insolvency practitioners.